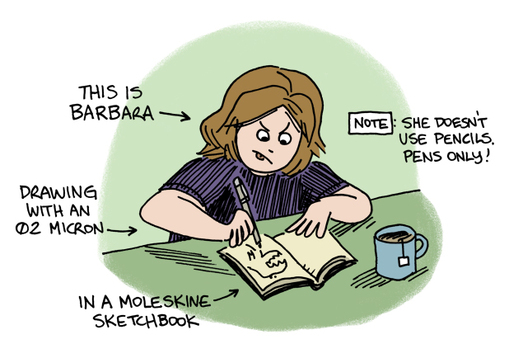 BARBARA MALLEY is an illustrator from Southern California.  She earned a BFA from the Laguna College of Art + Design and a MFA from California State University Fullerton.  Barbara has worked professionally as an animation character designer, an illustrator, a product designer, and as a cartoonist.  Her artwork has been published in books and comic book anthologies, exhibited in several group and solo gallery shows, and was sported on the mask of a professional hockey goalie.

Check out Barbara's most recent published work in How to Remember Everything, written by Jacob Sager Weinstein.